Today is devoted to lightning.

Lightning is the “underrated killer”. The summer months of June through September are the deadliest as far as lightning is concerned. In 2016 alone, 36 people died from lightning strikes. In 2016, there were 3 deaths in Mississippi, 2 deaths in Alabama and 7 deaths in Florida due to lightning strikes (stats updated at the beginning of October).

Move inside a well constructed house, a large building or an all-metal vehicle. Stay away from electrical appliances and do not use the telephone.

If you are in a boat, get off the water and into a substantial building or at least into an enclosed and all-metal vehicle with the windows up.

If you are caught in an open metal boat, lie down in the boat with cushions between you and the metal sides and bottom.

If you are caught outdoors during a storm and are too far from appropriate shelter, you can lower your chances of being directly struck by crouching down low, but not lying flat on the ground. If in a ravine or valley, be alert for the threat of flooding.

Avoid isolated trees. Stay away from the tallest trees. If caught in the woods, pick a small grove of trees as your shelter and stand at least 5 feet from the trunk of the nearest tree to avoid flying bark if the tree is struck.

Avoid standing in a small isolated shed or other small un-grounded structure.

Avoid plumbing. Do not wash your hands, take a shower or wash dishes.

If you are with a group of people in an open area and can not get to appropriate shelter, spread out before you take last ditch efforts.

Best advice: check the forecast, watch the sky for storm development and do not put yourself in a situation where you are out in the open when a thunderstorm occurs. 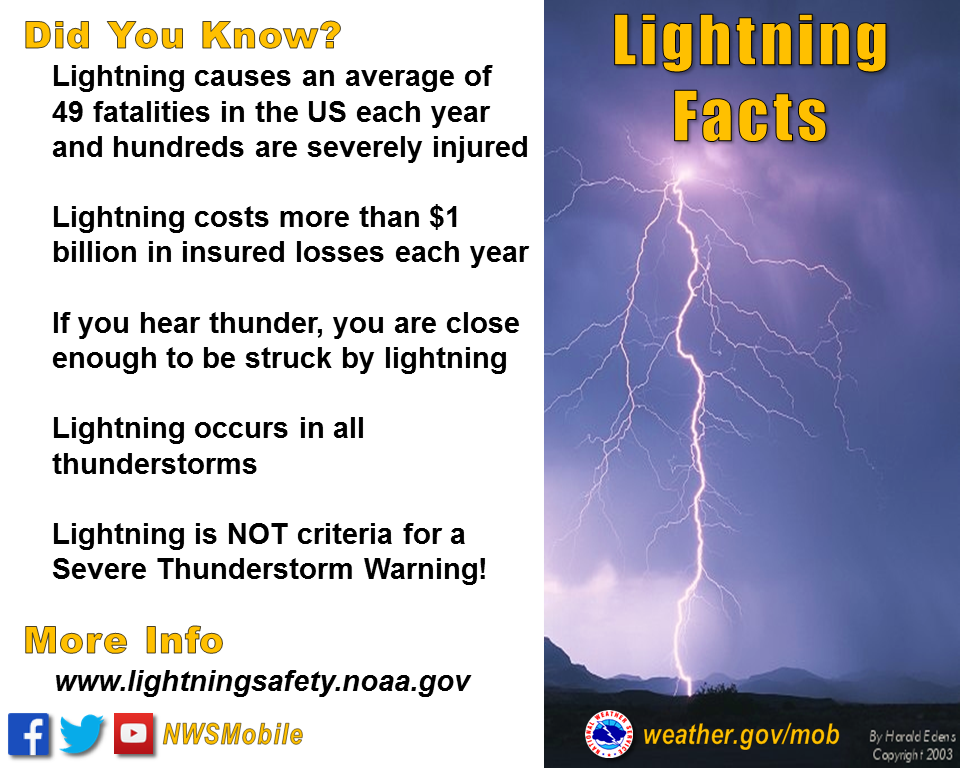